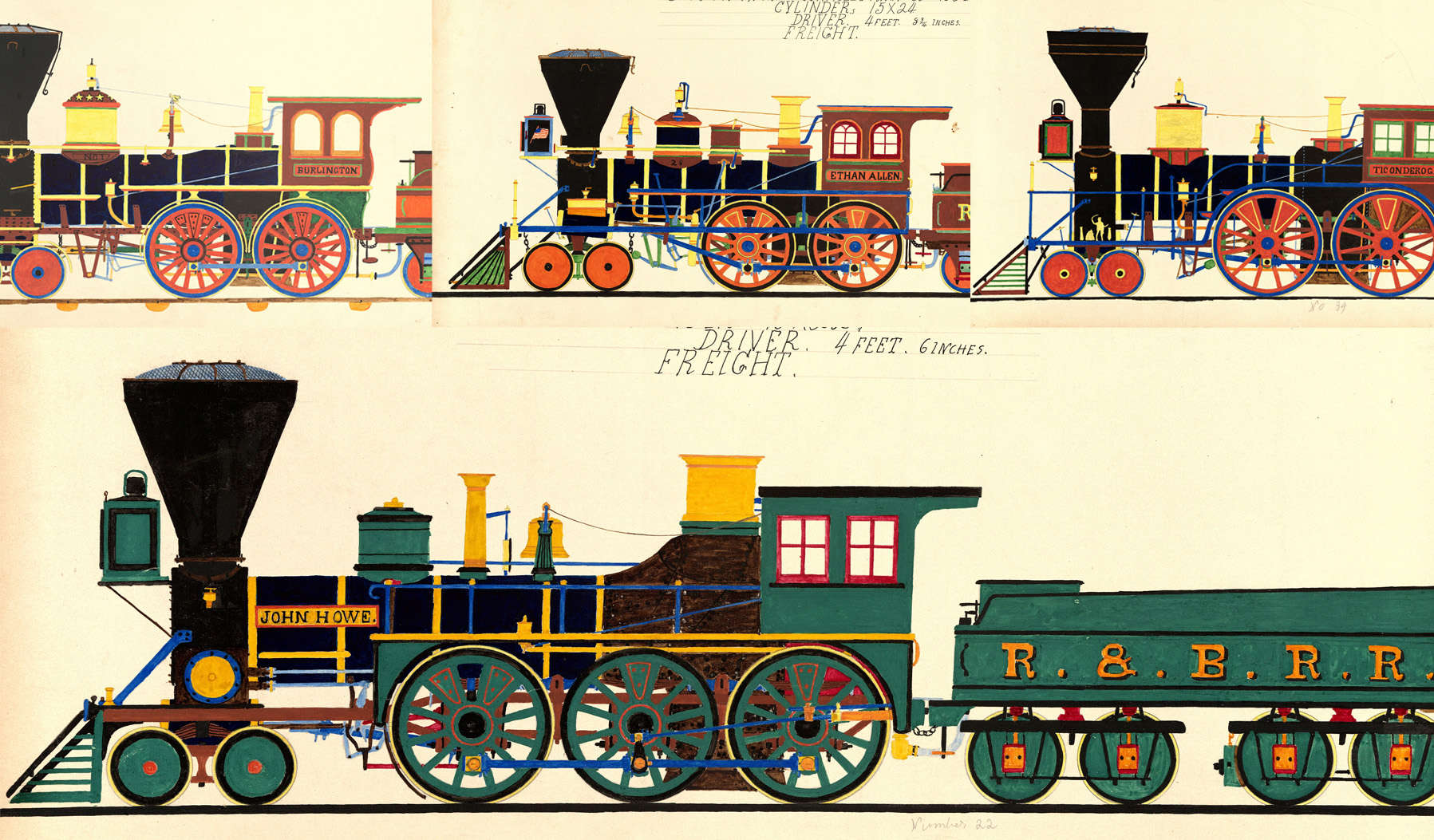 This collection contains 46 illustrations of locomotives used in Vermont and on other railroads during the period 1848-1875 drawn by William Linsley (1852-1910) of Burlington, Vermont. Twenty-six of the locomotives drawn by Linsley were on the Rutland and Burlington Railroad, of which Linsley's father was director. The Rutland and Burlington Railroad became the Rutland Railroad in 1867. There are also four locomotives owned by the Vermont Central/Central Vermont, three by the Erie, and one each by the Ogdensburg & Lake Champlain, St. Johnsbury & Lake Champlain, and Burlington & Lamoille Railroad, as well several other railroads.

William Linsley was born in Middlebury, Vermont, on March 3, 1851, the son of Charles (1795-1863) and Emmeline (1818-1895) Linsley. The elder Linsley was a prominent attorney who served as director and solicitor of the Rutland and Burlington Railroad Company. William Linsley learned to be a machinist in Winooski, Vermont, and then worked as a fireman on the Erie Railroad. He returned to Vermont and worked for 14 years as a fireman and engineer on the passenger train of the Burlington & Lamoille Railroad. He then moved to Muncie, Indiana, for health reasons. In 1893 he returned to Burlington and worked as a motorman on the depot line of the Burlington Traction Company trolley line until his death. At the time of his death in 1910, Linsley was described as "one of the best known of the old time railroad men." His obituary reported, "Mr. Linsley was an enthusiastic collector of railroad relics, pictures, curios, etc., of which he succeeded in gathering a most interesting museum."

Illustration of the engine Number 850

Illustration of the engine Number 15

Illustration of the engine Middlebury