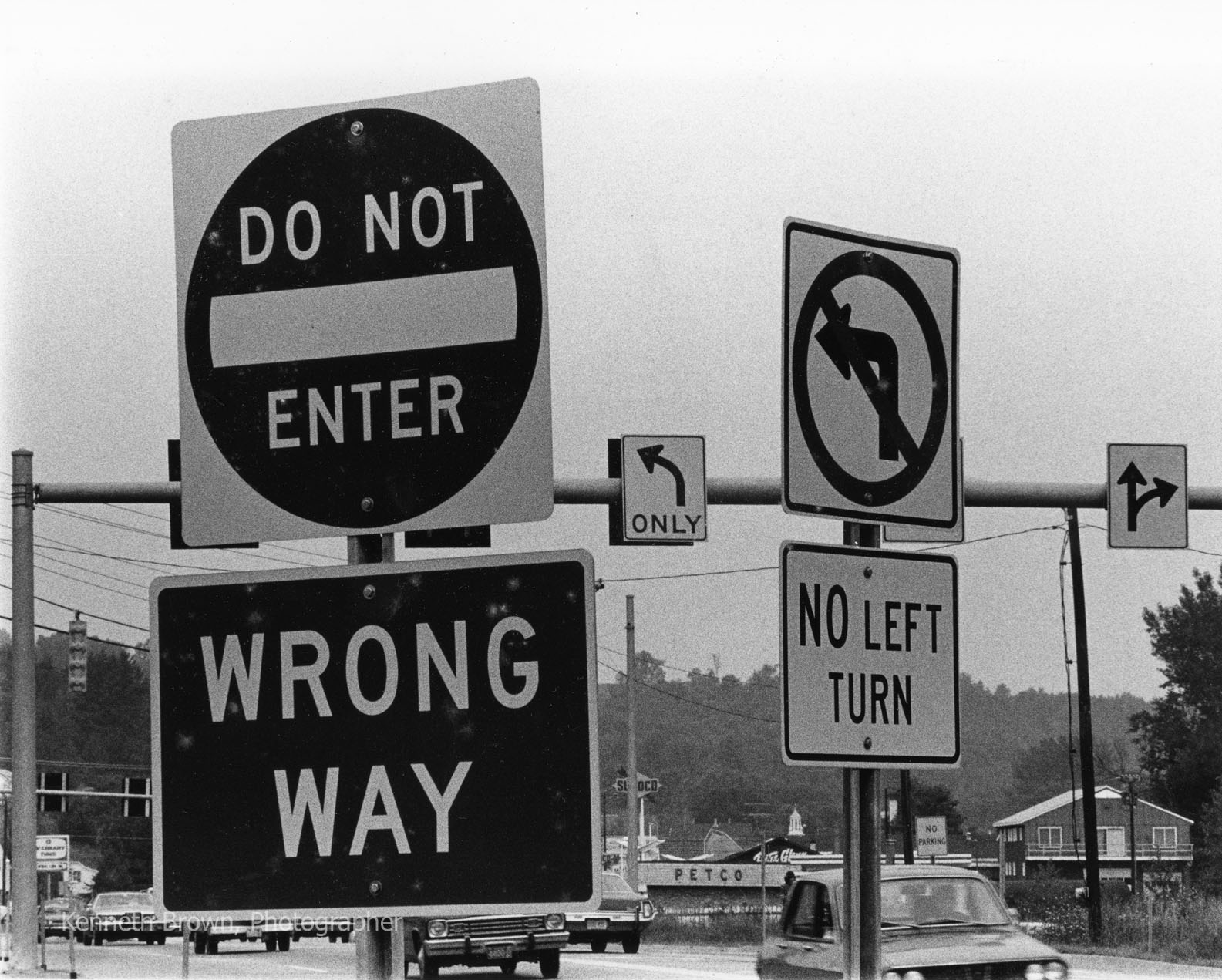 This collection is part of a larger collection documenting the development of US Route 302 between Barre and Montpelier, Vermont, known as the Barre-Montpelier Road. What was once a country road linking the two cities through the town of Berlin, Vermont, became a commercial strip during the mid-20th century.

The collection also includes images of Barre's North Main Street and Montpelier's River Street, which are located at either end of Berlin's Barre-Montpelier Road. Historic images of these roads are paired with photographs taken by intern Emma Norman in 2021.

The larger collection is divided in three parts: the 1975 black-and-white photographs of Kenneth Brown, postcards of motels and restaurants along the strip, and other historic images of the road.

This portion of the collection contains 34 black-and-white, artistically-composed photographs of central Vermont’s Barre-Montpelier Road created by Kenneth L. Brown during the summer of 1975. The photographs, with rich tones and sharp focus, show the influence of Ansel Adams’ work on Brown. In contrast to Adams’ sweeping natural landscapes, Brown’s images are closeups of details on an early commercial strip in Vermont in the 1970s.

Kenneth Brown's original prints are part of the Leahy Library collection of the Vermont Historical Society in Barre, Vermont.

View of the front of a residence at 228 Barre-Montpelier Road, Berlin, Vermont. There is a ladder propped up against the front and a repairman on the front roof. The lawn and trees are visible in the foreground. This residence remains much the same…

View of a motel swimming pool at 573 North Main Street, in Barre, Vermont, presumably at the Heiress Motel. A child sits on the edge of the pool with an inner tube in the water someone doing a handstand in the water with only their legs visible.…

View of two trailers next to a large puddle with the reflection of one trailer and clouds above. The possible location of this photograph is the Fecteau Homes lot at 375 River Street, Montpelier, Vermont.